We are still not quite finished with the book. In fact, there are exactly ten pages left before we complete the second edit.

Thierry is dragging his feet, which is unusual for him. He’s got what I consider to be a passably respectable work ethic, which means that he works slightly more than 200 percent of the time. In this case, it’s not that he’s not willing to put the work in, it’s just that he’s reticent to finish the book. He tells me that when it’s over, he’ll have lost something; there will be something we can’t get back.

On one hand, I understand that. On the other hand, I’m very used to it. I think that’s one of the real, significant differences between theater people and writing people; in the theater, everything is always over, and over quickly. We spend months perfecting a show, we perform three times, maybe six, and then it’s gone forever, with no finished product left behind for us to nostalgize over in the future (Thierry challenged me, this morning, to make up a word, so there it is.)

Yeah, that can be a sad, stressful experience. I once wrote a story about it, and the story was actually published, which for me is rare and lovely. The point, though, is that my experiences in theater have sort of hardened my heart to what happens at “the end.” It’s gonna be over, so let it be over. There will always be another play/another book/another artistic endeavor, assuming we keep to the passably respectable work schedule.

A few weeks ago, I posted back-to-back excerpts for you from the beginning of the book. I showed you the old version of the chapter, and then the new, updated version.

Today I’d like to post a very brief excerpt that appears towards end of the book. This is one that Thierry and I essentially wrote together; it’s new content that didn’t exist in the original version of the novel.

I waffled a bit about which excerpt to post. Part of me wanted to show you the big, climactic moment at the end of Chapter 37, but that would spoil things a little too much, don’t you think? You’ll just have to read the novel if you want the best stuff.

Instead, here’s a scary story for your Sunday morning. Our protagonist has just moved into a new house, and he has invited his two best friends to play. 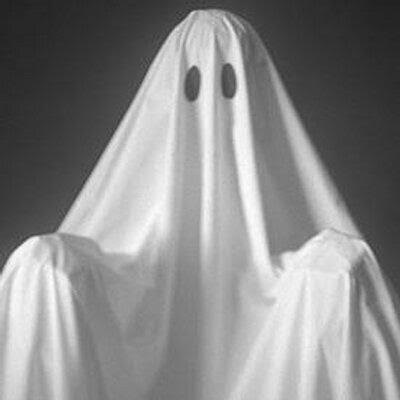 KC and Robert came over often and had sleepovers. Jeanot’s room was large enough that they could all sleep on the floor on rubber air mattresses, and they stayed up with flashlights, telling each other scary stories. KC had the best ones, almost always involving a strong and lovely girl surrounded by boorish boys. The girl would be rescued by ghosts summoned from the nether worlds, mean ghosts who took no pity on the wailings of their boy victims.

“The ghosts have claws,” KC said. “They rip your throat and your stomach, and leave the guts behind.”

Jeanot and Robert looked at each other.

After a moment’s thought, KC added, “Actually, they rip out the stomachs first and leave the intestines all over the place, so that they can still hear their victims screaming before the throats come out. Then, the ghosts eat the boys’ hearts.”

Robert nodded. “In Indonesia, they have ghosts in the jungle. They look like large brown monkeys.”

Jeanot thought KC’s gut-ripping ghosts were a lot more interesting than Robert’s ghost monkeys, but he didn’t say so.

Not to be outdone, Jeanot said, “In Paris, the ghosts are called fan-“

KC continued. “Then the ghosts draped the boys’ guts over the trees in their backyard, and wild dogs came and ate them.” Smiling, she stopped and looked at Jeanot and Robert, who were now both staring, completely aghast. “And those trees,” she hissed, “were the exact same trees in YOUR BACKYARD, JEANOT!”

KC raised an eyebrow at him. “You kiss your Maman with that mouth?”

Note: KC is my favorite character.